skip to main | skip to sidebar

September is about to start in a few minutes. It is going to be a busy month: several important conference deadlines, speaking at Software Freedom Day, remotely participating in SLE workshops, traveling to MoDELS, putting together the programme of WCN, being on “holidays in a broad sense” for half of the month, etc. However, this all pales in comparison to the last year’s September, when in addition to all WCN emailing, I was taking some time almost every day to go out on the street and make pictures of Dutch state monuments.

WLM, or Wiki Loves Monuments, was an initiative that I occasionally learned about by hanging out with wikipedians at Wikimania 2011. It sounded nice: you could pick up a camera, walk around and create some information that is: (1) useful, (2) structured and (3) free. Being @grammarware, I am obviously a fan of structured data — noblesse oblige; being a hacker, I support that all information must be free; entertaining myself with dreams of being a practical person, I should like the idea of creating something useful as well. And indeed, I found myself doing something I usually don’t (i.e., taking pictures); engaging in it regularly, through rain, wind, cold and tooth pain; taking away precious time from hobbies, girlfriend, and even from my own birthday. At night, instead of hacking, I was spending lots of time on classifying and uploading said pictures to Wikimedia Commons. In the morning, instead of watching an episode of Dr.Who, I was walking around the Jordaan neighbourhood and documenting the monuments there. In the evening, instead of hurrying home to have a nice gratifying dinner, I was taking lengthy detours on my bike to visit places I’ve never been to, and to take pictures of houses I’ve never seen. 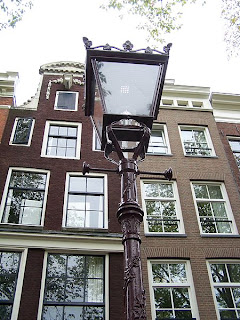 In fact, participating in WLM 2011 turned out to be much more fun than I could anticipate. I was gaining incredible amounts of knowledge about Amsterdam and its history: way more than I could consume at the spot, but all of it was fresh and tangible: I was physically present at all places of interest. I started to distinguish better between clock gables, neck gables, stepped gables and the likes of them. I improved immensely on my orientation skills. My admiration with gable stones deepened significantly as well. I started to notice so many little things that I was missing before. I knew it was cool to live in the city centre before, but I learned to truly appreciate it only after taking a camera with me on long dedicated walks.

I did not become a photographer after this, and I never will (even though it should sound strange in our era when everyone thinks of him or herself as one due to having a camera). I did not become a GLAM expert, and I never will (even though I did probably visit more musea than restaurants in Amsterdam). It is probably even safe to assume that I enjoyed it that much exactly because I was a total newbie in all the things WLM stood for, and still took up the challenge.

In the end, I uploaded more than a thousand pictures and won the 3rd prize in quantity (would’ve won the 1st if they judged by the number of pictures and not the number of monuments — Tropenmuseum counts as one even though it took me half a day and a hundred of photographs). This activitly utterly overshadowed everything I have been doing on Wikimedia Commons for years and years before that (creating vector graphics illustrations, retouching old scans and only occasionally making pictures of rare objects). Still, I regret nothing. 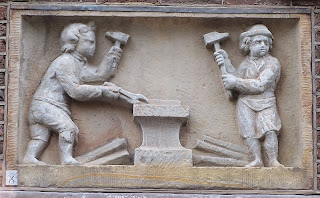